Back to Blog Posts
Prev Next

The TravelMag results are out with Destin, Key West, Sanibel Island, and St Augustine, making the list of the Most Charming Beach Towns in the USA.  Florida had more beaches on the list than any other state.

Waves lap 88,633 miles (142,641km) of United States shoreline from the Arctic Ocean in the northwest, and the Pacific to the Atlantic Ocean from west to east (according to the US Census Bureau). And all along these twists and turns of land, around the bays and inlets, estuaries and peninsulas, there are signs of human existence, from mighty cities like New York and Los Angeles, to remote towns and peaceful beaches. In all, 23 of the 50 States meet an ocean at some point, while an additional seven states have shoreline beach towns along one of the Great Lakes.

Therefore, we decided to ask a broad array of writers, travel bloggers, photographers and other in-the-know professionals to pick the five beach towns they consider to be the most charming in the United States. To be eligible for inclusion, a town or city had to have a population of fewer than 30,000 people. After totting up the votes, we now present to you, in alphabetical order, the 30 beach towns our survey deemed the USA’s most charming.

Destin is a quintessential Florida Panhandle holiday city, with waterparks, coastal resort hotels and picture-postcard white sand lapped by turquoise Gulf of Mexico water. And of course, no self-respecting Florida city would be complete without its golf course, of which there are three nearby. Destin Harbor is packed with fishing boats, as well as homes with their own backyard dock. Word on the water is that it’s the luckiest fishing village around, but there’s only one way to test if that’s mere hyperbole. You’ll find dozens of fishing charters off Harbor Boulevard. Although quite heavily developed, the sand dune boardwalks at Henderson Beach State Park are a fine escape for the urban hubbub.

Once you reach Key West, you can’t go any further. The pace of life at the end of the Florida Keys has attracted many notable individuals, including Ernest Hemingway, whose six-toed cat is said to have spawned the whole line of similarly dexterous felines that still live around Ernest Hemingway House Museum. Although home to 25,000 people, there’s always a sense of the rural pervading the streets of Key West, with chickens roaming freely through the streets and occasionally being shooed away from stores selling cigars and rum. Numerous museums and landmarks could keep a visitor busy at Key West for days, where you’ll also find the southernmost point of the Continental US, meaning that its southernmost beach town is one of its most charming.

Located off the southwest coast of Florida, the barrier island of Sanibel is known for its shells. Beachcombers can pick their way along the long expanses of coarse sand, like those at Bowman’s Beach, looking for their own specimens. Alternatively, see the grand collection at the Bailey-Matthews National Shell Museum. Sanibel Island’s human story is largely one of first conquering the elements, by controlling the wetlands and building a causeway from the mainland. In recent decades however, the focus has shifted more towards long-term goals through conservation and protection of these delicate environments, with much of the island dedicated to wildlife refuges, particularly JN Ding Darling, where you might be lucky to see roseate spoonbills, mangrove cuckoos, pelicans, alligators, turtles and even a bobcat.

History-lovers will find St. Augustine to be one of the most fulfilling destinations anywhere in the US. After all, it is believed to be the oldest continuously inhabited, European colonizer-established settlement in the US. Founded in 1565 under conquistador Pedro Menéndez de Avilés, it was long the capital of Florida and today it remains a small but fascinating city. Naturally, due to its age, St Augustine is a city of firsts for the US, including the first wooden schoolhouse and the oldest surviving colonial house, which is now a museum. The Colonial Quarter is effortlessly charming. Sandy beaches can be accessed at Anastasia State Park nearby. 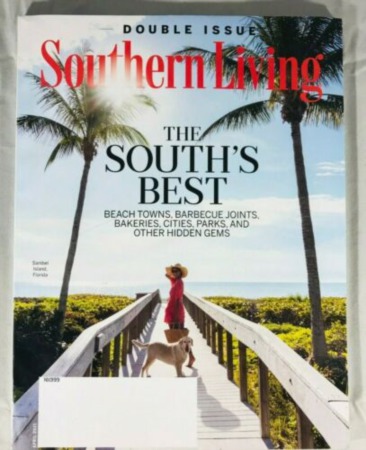 The editors of Southern Living Magazine chose Sanibel Island as best beach town of 2021.  Sanibel graces the cover of its April edition because ...Read More

Contact Us
Questions? We're Here to Help
Recently From Our Blog 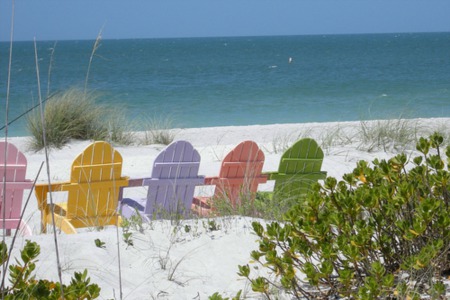